Volatility returned after the Fed kept its benchmark interest rates unchanged at 0%-0.25%. Comments from Fed Chair Jerome Powell then led to a mixed session. 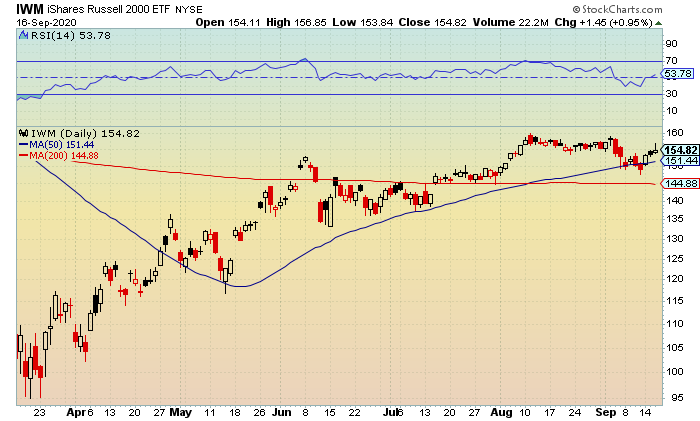 The Dow was up for the fourth straight session after adding 0.1%, with the intraday high reaching 28,364. 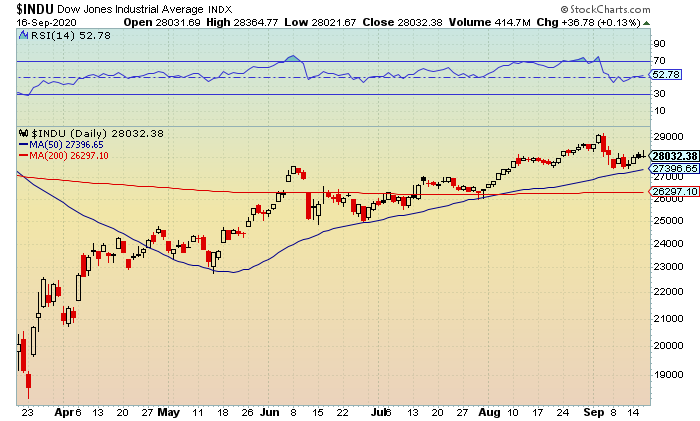 Energy surged 4% and was the strongest sector. Technology and Communication Services were the weakest sectors after falling 1.6% and 1.1%, respectively.

Snowflake Inc. (Nasdaq: SNOW) made a big splash in the busiest week for initial public offerings in over a year. The company sold 28 million shares at $120 apiece, raising $3.36 billion, with Berkshire Hathaway Inc. (NYSE: BRK-A) and Salesforce.com Inc. (NYSE: CRM) agreeing to purchase $250 million in shares at the IPO price. Goldman Sachs and Morgan Stanley had access to an additional 4.2 million shares that could push the total raised to nearly $4.4 billion following today’s debut.

Shares opened at $245 and traded to a high of $319 before closing at $253.93. Snowflake produces database software that can be used in the cloud and scaled up or down as needed, with variable pricing to match. The premium the company commanded was due to the fact it is the only major pure-cloud play offering software to run on all of its platforms. 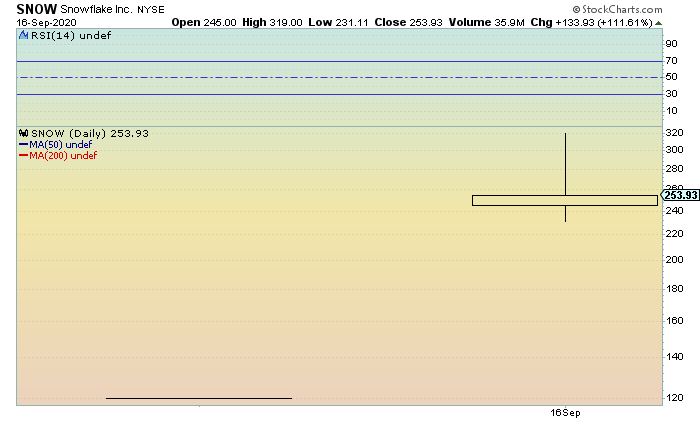 Powell said the economy continues to recover despite the ongoing spread of the coronavirus, but there are some areas that will struggle until there is a vaccine.

The mixed close and stock market weakness came after Powell struggled in answering a question on the committee’s confidence in achieving its 2% inflation target. He said analysts are not looking at a rule in respect to what “moderately” and “some time” both mean in regard to inflation. The Fed chief said employment can’t be reduced to a number the way inflation can, saying it is more of a judgment assessment.

MBA Mortgage Applications fell 2.5% last week, following a 2.9% bounce in the prior week. The weakness was led by refinancings, where the index fell 3.7%, erasing a 3% gain in the first week of September. The purchase index slipped 0.5% after the prior 2.6% gain. Refis comprised 62.8% of the applications on the week, down from 63.1%.

Business Inventories edged up 0.1% in July, matching expectations, and sales rose 3.2%. This represented the first increase in inventories since December and follows a 1.1% decline in June. Sales remained solid for a third straight month after climbing 8.6% in June and 8.5% in May. The inventory-sales ratio fell to 1.33 from 1.37.

NAHB Housing Market Index rose another 5 points to 83 in September, a fresh all-time high, after jumping 6 points to 78 in August. The single-family index increased 4 points to 88, while the future sales index was up 6 points to 84. Meanwhile, the index of prospective buyer traffic surged 9 points to 73. The report noted that lumber prices have jumped more than 170% since the middle of April due to the fires in the west, and that’s boosted home prices more than $16,000 for a typical new single-family home.

Asian markets were mixed after the World Trade Organization ruled that the U.S. violated international regulations by imposing tariffs on more than $234 billion of Chinese exports.

The iShares 20+ Year Treasury Bond ETF (Nasdaq: TLT) was down for the third straight session despite trading to a morning high of $164.89. Near-term and lower resistance at $165-$165.50 was challenged but held, with more important hurdles at $166 and the 50-day moving average.

The iPath S&P Vix Short-Term Futures (NYSEArca: VIX) snapped a three session slide after tapping an intraday high of 26.59. Lower resistance at 26.50-27 was breached but held. A close above the latter would suggest a retest toward 28.50-29 and the 200-day moving average. 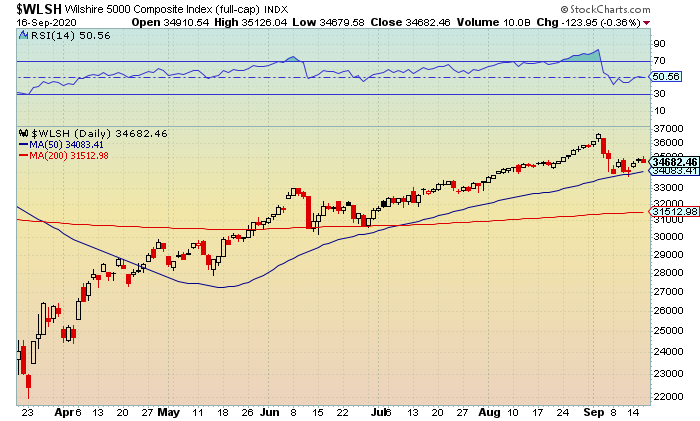 Check back for the most important news and numbers each day after the closing bell here in the WealthPress stock market update.