Wall Street traded in the red following disappointing economic news and Federal Reserve Chair Jerome Powell’s previous comments on the uncertainty over the pace of the economic recovery — and more in Thursday’s WealthPress stock market update. 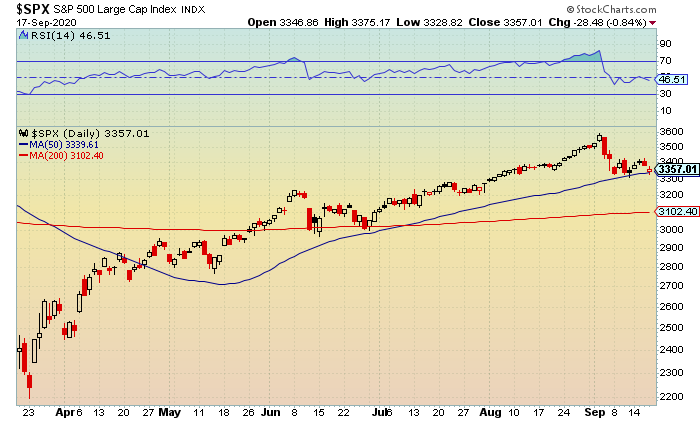 The Dow had its winning streak snapped at four sessions after falling 0.5%, with the opening low tapping 27,647. 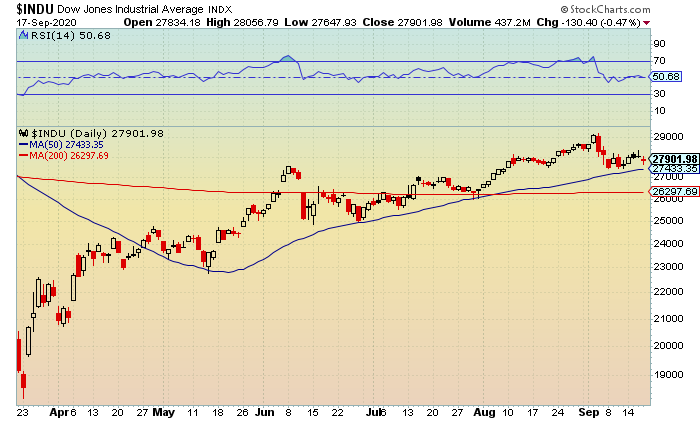 Materials showed the most strength after rising 0.7%. Real Estate and Communication Services paced sector laggards with losses of 2.2% and 1.8%, respectively.

Dave & Buster’s Entertainment Inc. (Nasdaq: PLAY) shares plummeted 26% after warning it might file for bankruptcy if it can’t reach a deal with its lenders. The company reported earnings last week with a loss of $1.24 a share on revenue north of $50 million while saying coronavirus-related closures have resulted in a significant decrease in foot traffic.

First Solar Inc. (Nasdaq: FSLR) tumbled 11% after a secondary offering of 8.65 million shares, or approximately 8.2% of the company’s outstanding common stock, was sold. All shares sold in the offering were from one investor. The company did not sell any shares and did not receive any proceeds from the sale. Morgan Stanley acted as the sole underwriter for the offering.

Thursday’s weakness pushed the major indexes back into their previous trading ranges with the Dow, the Russell 2000 and the S&P remaining slightly above their 50-day moving averages. The Nasdaq’s close back below its 50-day moving average was a slightly bearish development signaling additional weakness.

Closings have been bearish over the past few Fridays, and the back half of September is typically a weak month for the stock market. It will be important for bulls to reverse this trend Friday to avoid a third straight weekly loss.

European markets settled lower after the Bank of England left interest rates unchanged and maintained its current level of asset purchases, warning that the outlook for the economy remains uncertain.

Asian markets were lower across the board after the Bank of Japan kept its negative interest rate of 0.1% on bank deposits, as well as its policy of unlimited purchases of Japanese government bonds.

The iPath S&P Vix Short-Term Futures (NYSEArca: VIX) was up for second straight session following the first-half surge to 28.92. Prior and lower resistance at 28.50-29 was breached but held. A close above the latter and the 200-day moving average would indicate additional strength toward 30-30.50.

The Invesco QQQ Trust (Nasdaq: QQQ) fell for the second straight session with the intraday low tapping $266.68. Prior and upper support from last Friday at $267-$266.50 was breached but held. A close below the latter would suggest a further slide toward the $262.50-$260 area.

RSI (relative strength) is in a downtrend with key support at 40 and the monthly low holding. A close below this level would get weakness toward 35, with the late March low in play. Resistance is at 45-50.

The SPDR S&P Retail ETF (NYSE: XRT) zigzagged for the fourth straight session following the intraday pullback to $50.01. Prior and upper support at $50.50-$50 was tripped but held. A move below the latter would signal further weakness toward $49.50-$49 and the 50-day moving average.

Check back for the most important news and numbers each day after the closing bell here in the WealthPress stock market update.